“The Crathorne family’s last journey along the Pamir highway, to the roof of the world. The 1000km journey from Dushanbe – once part of the historic silk route – took us along dirt roads through steep-sided mountain valleys, alongside raging rivers and over high mountain passes, including the Ak-Baitel pass at 4650m.

The destination? The Roof of the World Regatta, an extraordinary event on a high altitude lake in a remote part of Tajikistan, home to the Karakul community. At almost 4000m altitude, the weather at the lake is notoriously fickle; icedover for eight months of the year the water is close to freezing, storms can appear suddenly with no notice and the area is liable to snow in the summer.
This makes kiting conditions on the lake unpredictable and challenging but the ridiculously beautiful surroundings and the people of Karakul make this such a special event and I am hopeful for good conditions at the 2017 Regatta this summer.”

“I did the longest downwinder of my life this weekend, 130km of pain exhaustion but a lot of fun at the same time. We left Hoek van Holland at 07.45 and arrived in Den Helder at 17.30. We did this downwinder together with a 100 other kiters to raise money for the Dutch Heart foundation. We managed to raise €94.076,- It was awesome make sure to join us for next years event!”

“After a Big polar AntiCyclone passed thru our coast, conditions got extreme for kitesurfing in the waves. Winds gusting 50 knots and a big swell , made rough conditions in the seas and most of the beaches where closing out. So we chased for an alternative spot , and we found in Praia do Porto (inside the Harbor of Imbituba/SC) the best spot to face such challenging conditions!
Hope you enjoy the wild ride!”

Read this beautiful interview by Surf Today at Bruno Legaignoux kitsurfing pioneer, I will not tell you more.. 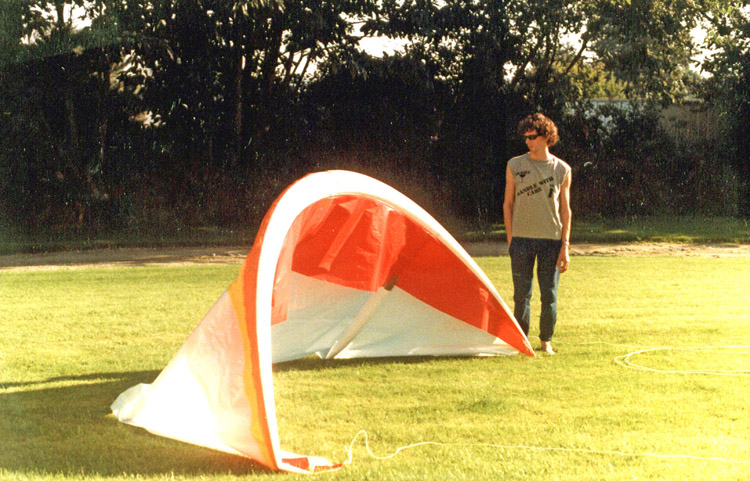 In less than three decades, the young outdoor activity became one of the fastest growing sports in the world and made fierce enemies in the sailing world.
Despite the initial safety concerns, the industry found solutions for critical problems, and kiteboarding became an exciting, highly competitive, fast and near-Olympic sport.
Today, Bruno is 56. He lives in Las Terrenas, Dominican Republic, since January 2000. Bruno is enjoying life – working on a new kite, writing a book, traveling, and spending time with his family.
Legaignoux never speaks of legacy and is not a man anchored in the past. Probably because he still has a lot to give to kiteboarding or, as he prefers, to “kitesurfing.” 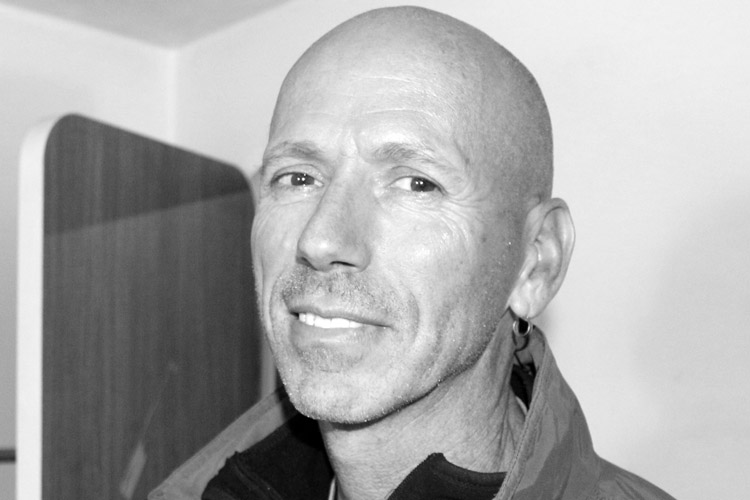 “Kitesurf is more familiar to us, Frenchies. Consequently, this is the word I generally use. If the question is: “Should the kite community choose kitesurf or kiteboard?” then I have a small preference for kitesurf too,” notes Bruno Legaignoux.
“‘Board’ is rather oriented, according to my understanding, to the youth and the hardcore practice, similar to skateboard, and snowboard. ‘Surf’ may have a broader meaning and has a very good image now. Anyway, if a name had to be chosen, it should be voted by the national associations of our sport.”
We got the message, Bruno. But we want more. Let’s do it:
How did you exactly come up with the idea of using a kite to glide across the water?
When we were teenagers, me and my brother Dominique were competitive dinghy sailors. A few years later, we also became surfers, bodyboarders, windsurfers and skippers of our own cruising boats. We had always been very interested in high-efficiency sailing technology.
We were trying to design a thick profile sail for boats and boards, but we didn’t find a way to achieve our goal. One day, the word “kite” came in the talks, and we said: “Why not? Let’s try it!” 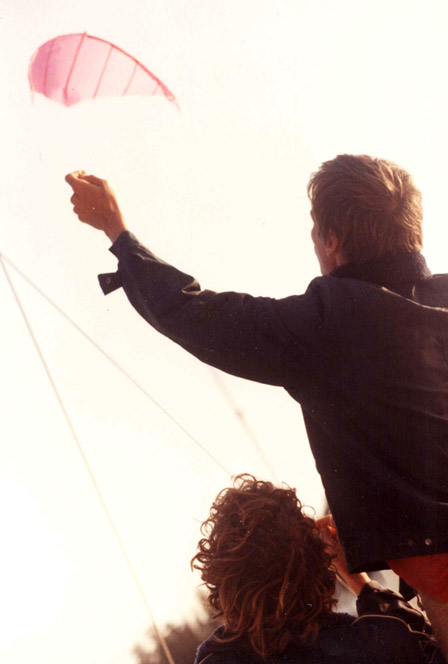 Where did the inspiration come from, and when did you start doing the first experiments?
We had seen the famous “Jacob’s Ladder” catamaran going fast upwind with a stack of Flexifoil kites, and we had seen the Birdsail, a kind of mini hang-glider that replaced the windsurf sail and that the inventor was using to navigate and jump high.
So, in early 1984, we decided to make a small, two-line kite to understand the theory of it. It flew well, and we immediately recognized the numerous advantages of the kite comparing to a sail.
Did you believe you had “something”? Did you think of its potential as a sport?
For sure. But we also knew that it would take some time. As sailors, we naturally wanted to use a kite that relaunches from water, but we had never seen such a thing, so we had to develop one. We had seen the windsurfer, and the hang-glider appear and become sports. Why couldn’t a kite on a board become one too?
What were the original materials used in your first kite?
Well, the very first was a toy-sized kite made of polystyrene foam and light paper; the second one was made of glued vegetal fibers, a technic that is used to make plates. But it was too heavy.
The next ones were made of spinnaker fabric with homemade glass and carbon fiber frame. Each one was half a square meter, and we were stacking them. 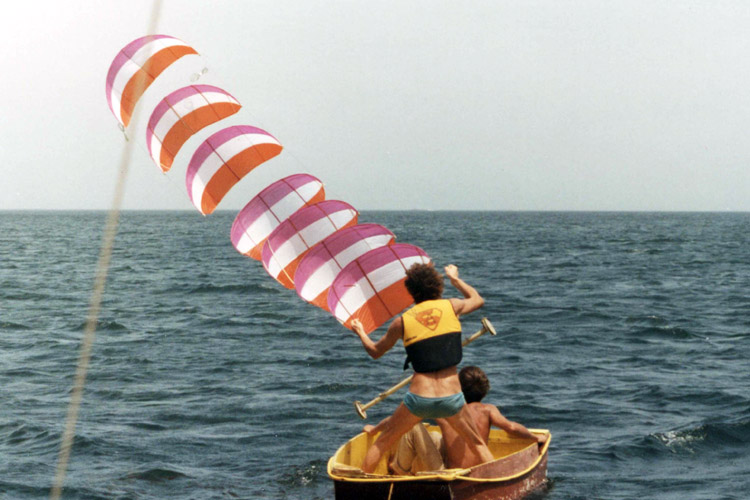 Did you have a business vision for the sport? How different was it comparing with the present day?
The plan was to develop a proof of concept, promote and propose it to brands until one of them paid to get an exclusive license for the patent we applied for in November 1984. With this money, we could purchase better cruising boats and make the world tour.
We thought that it would take a few years. Later we understood that it would be much more complicated and time-consuming. We never got a satisfying deal with a company to take an exclusive license, i.e., to take control of the patent and the sport but, in fact, it has been a good thing for us and the sport, I guess.
How do you see kiteboarding in the 21st century?
When you see the evolution of our sport and others around, you can’t expect that it will expand indefinitely. There will always appear new offers. After some years practicing the same sport, people want something new. But kiteboarding will not disappear either.
It’s a fantastic “vehicle” that will probably be impossible to overcome, in terms of efficiency, 3D dimension, packed size and cost. Brands have to take care and offer easy, user-friendly access and cheaper gear in order to conquer more enthusiasts. This is the way to keep it growing. 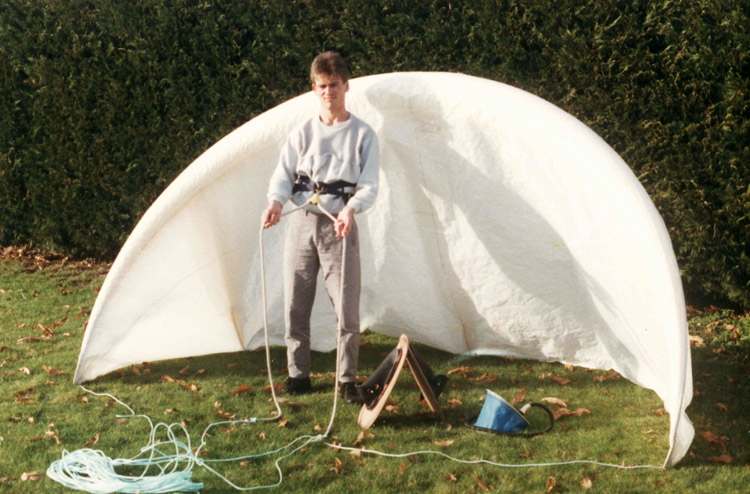 Should kiteboarding be an Olympic sport?
There are pros and cons about that. It may help promote our sport. My concern is not about Olympics. My concern is with the sport, especially the competitive side. We need to develop an associative and serene path, and that is not the case right now.
What should be changed or improved in kiteboarding?
It’s a wide question. We can talk about gear, promotion, and teaching. Everything can be improved, and I don’t see a big weak point in particular nowadays. 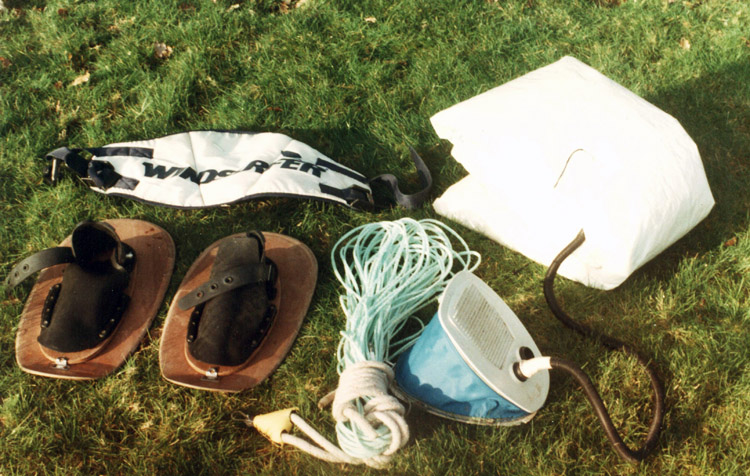 How many classes/divisions should kiteboarding have? Do you think there’s space for freestyle, waves, speed, racing, big air, and slalom categories?
Why not? Everybody is free to live kitesurfing the way he/she prefers. It just shows that kitesurfing is not one sport, but a group of sports. Look at running, which is quite popular – the sprint, the middle and long distances, the hurdles, the road running, the relay, the cross country, the mountain running and the ultra-running categories coexist, and each one has several formats. Diversity is good.
Is foiling the future of kiteboarding?
Foiling is growing fast and will continue to do so. It is very efficient. It gives the pilot much more ability to explore places. It is a challenge even for a good kitesurfer to learn kite foiling, so it helps to keep his/her motivation high.
For me, foiling is not just racing around three buoys with a ram air kite – there is much more to do with a foil. It is so efficient that ram air kites are only useful in very light wind and competitions.
Do you miss being in the industry as a game-changer?
No. I made this choice when I thought that the sport could develop safely and steadily. It is doing very well, except for the governance and competition, where the industry should not be directly involved. 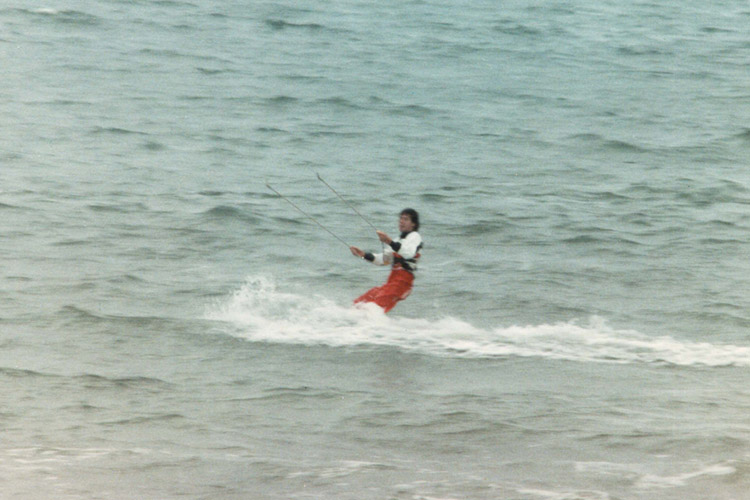 Should kiteboarding have its own governing body, separated from World Sailing, and similar to surfing’s ISA?
Yes. This is and will be my point of view as long as our sport is managed the way it is by the International Kiteboarding Association (IKA) and World Sailing. In the 2015/2016, there were almost no competitions for this reason.
Do you think you and your brother get enough credit for what you’ve done for the sport?
To be honest, we don’t mind much about credit. If we did, we would have made more personal promotional efforts. Our lives have been very exciting and interesting. We have made some good money – even if the shortfall is big due to infringers – so we are quite happy with what we did, with the thousands of lives we have helped to change. 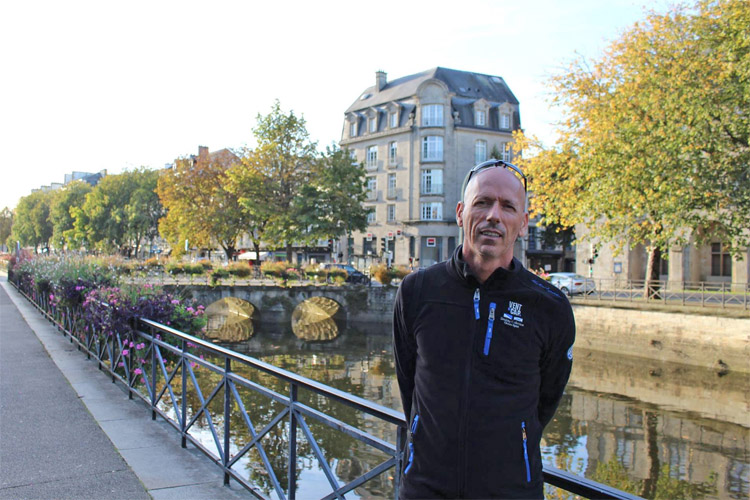 In your opinion, is kiteboarding a safe sport today?
Yes, definitely. When I go kitesurfing, I really don’t feel myself in danger. Obviously, some people take more risks, ride in much stronger winds than me, and don’t respect the rules. Like in any activity, there are risks involved. I feel I take more risks with other activities that I practice like motorbiking in the streets, mountain biking, and paragliding.
What can be done to improve the technical/gear side of kiteboarding?
Now that equipment is safe, and there are highly efficient kites for those who need them, I would say that we miss a cheaper and more user-friendly type of kite. I’m working on one but at a retired guy’s rhythm.
In parallel, I’m writing a book about the history of kitesurfing as we lived it, my brother and I. Some water sports legends are contributing too. It should be of interest to those who like this article.”
[from SurferToday]
18 August 2017 ~ Kitesurfing Blog ~ Leave a comment

World Sport goes kiteboarding with the holder of the Kitespeed World Record, Alex Caizergues. Alex holds the record for kiteboarding, but is looking to reclaim the overall title for wind propelled vessels, including boats, windsurfers and other kiteboarders.